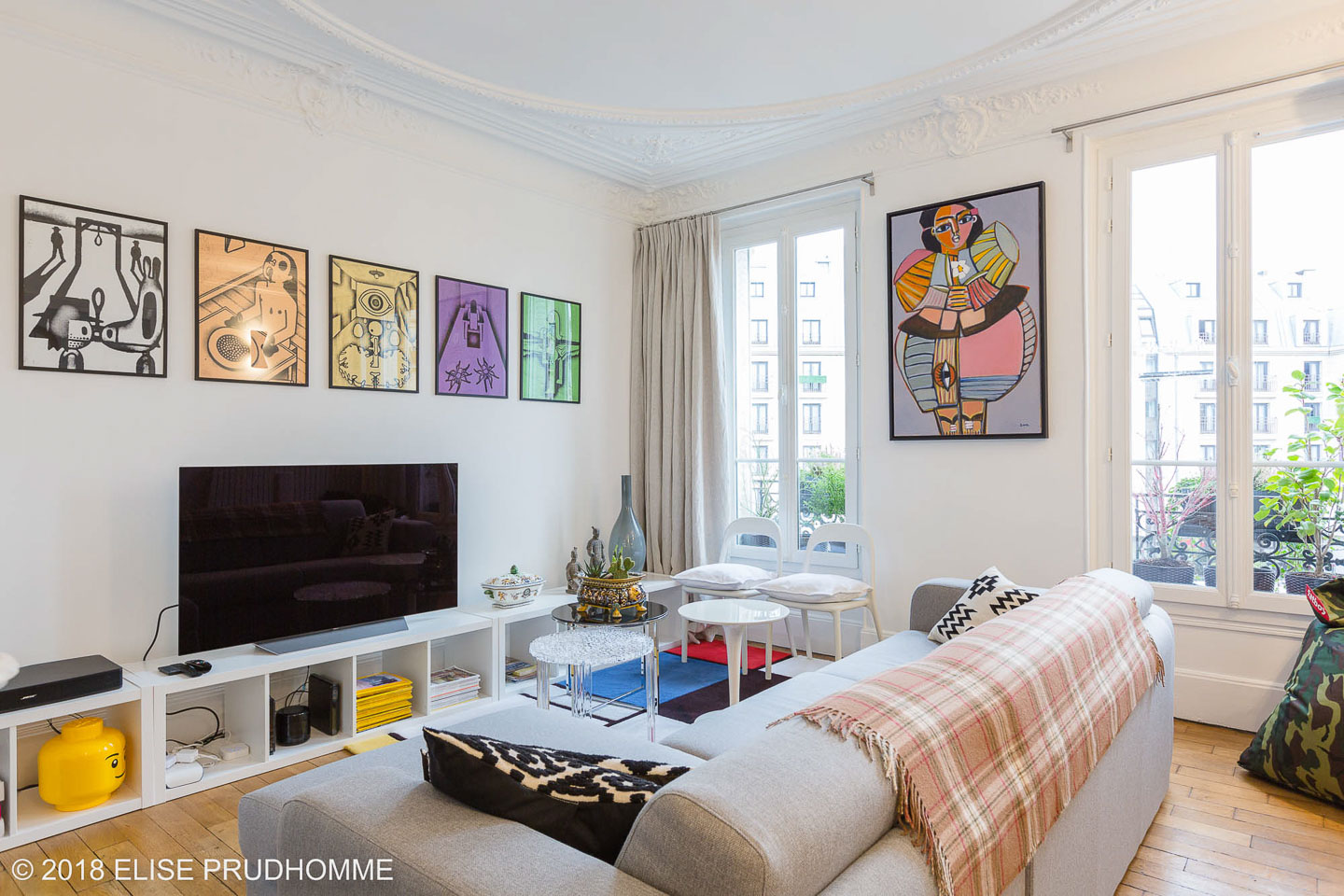 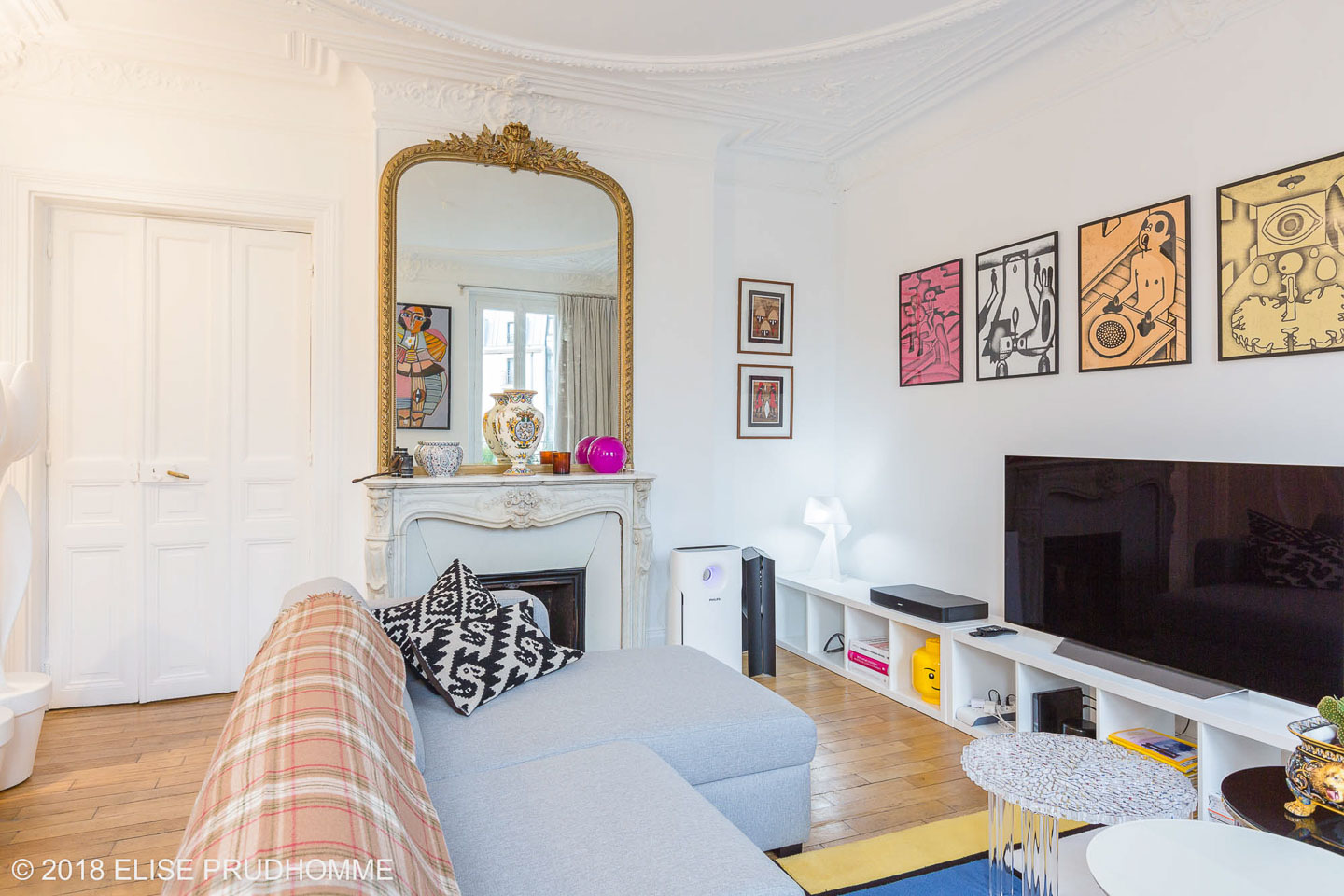 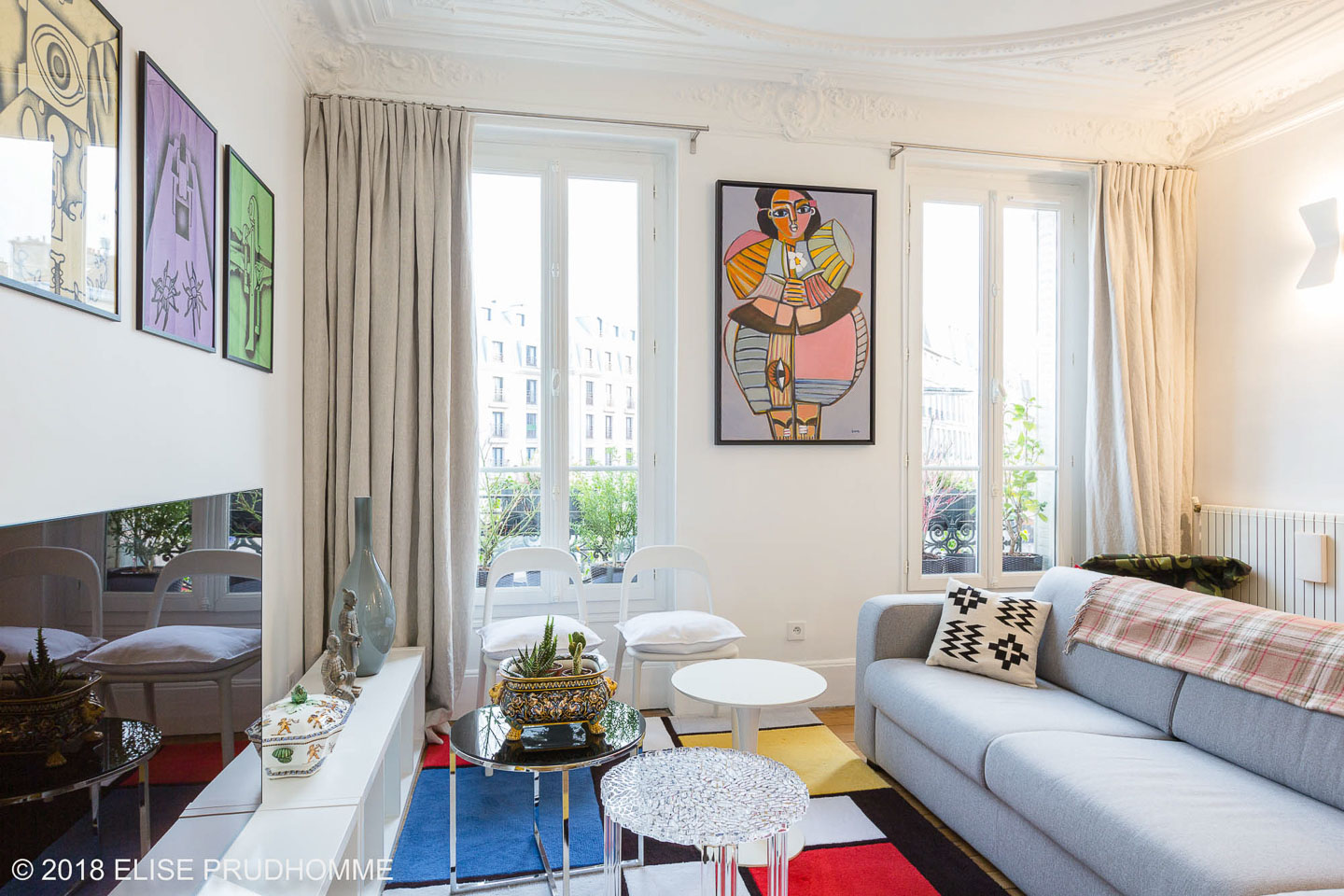 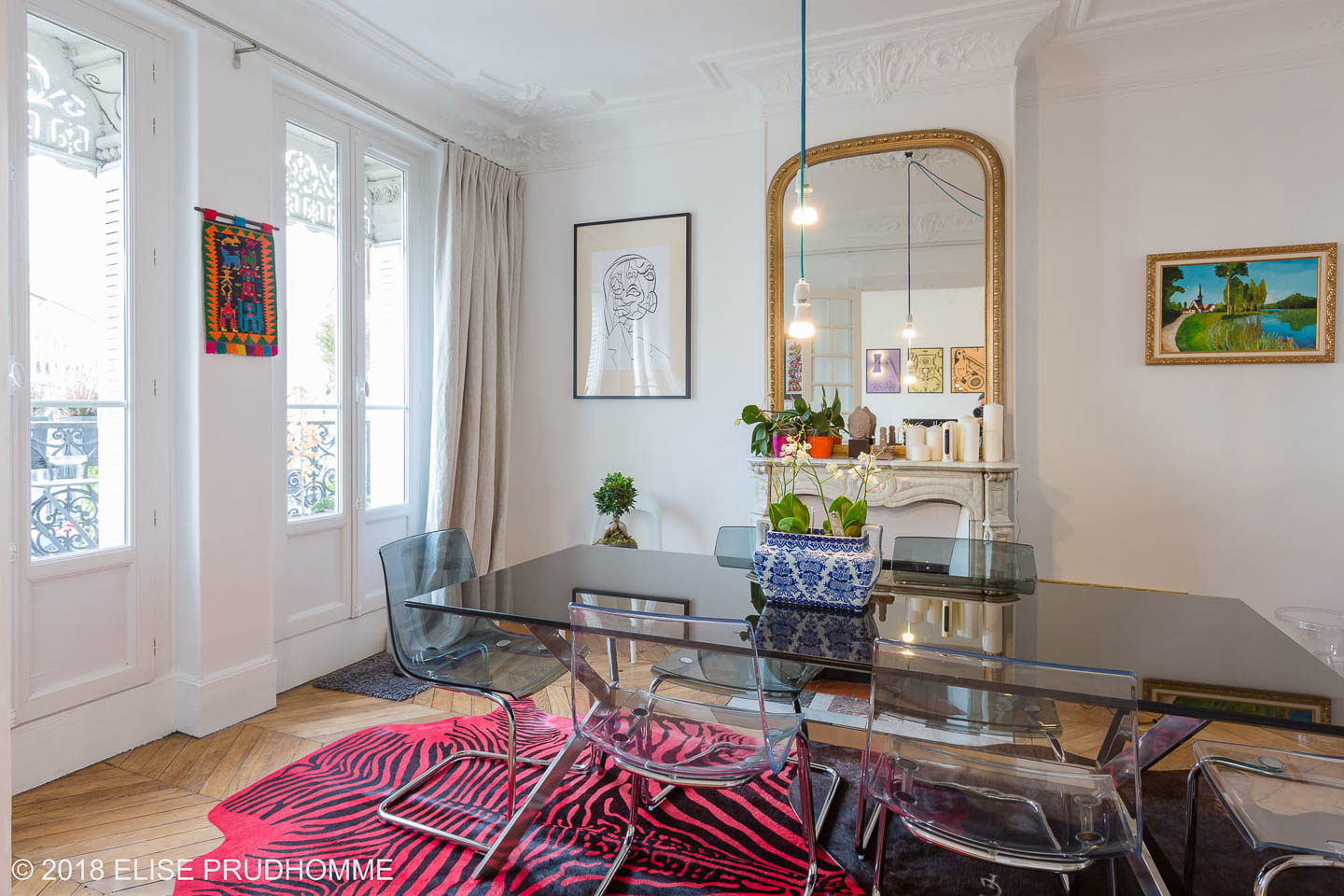 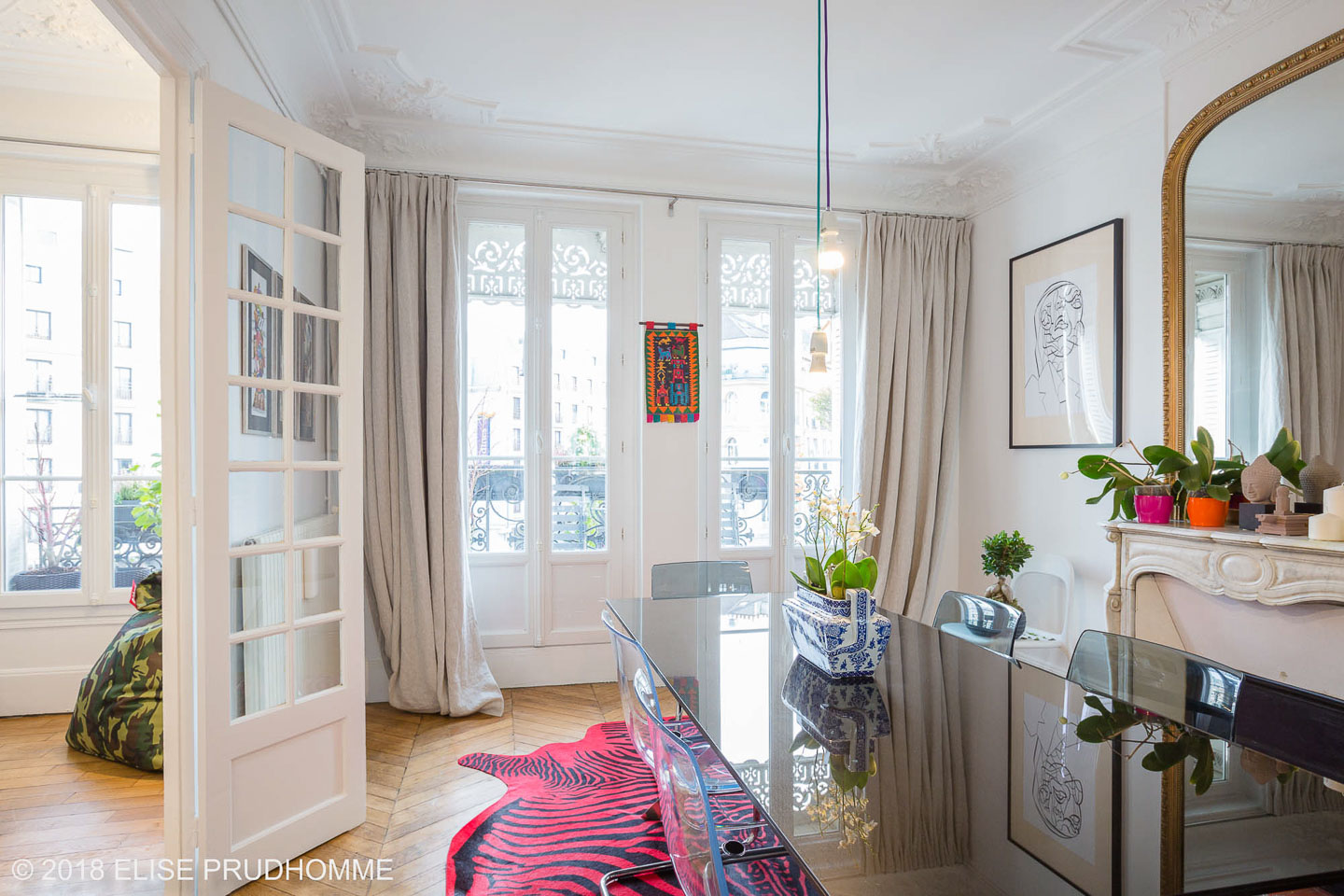 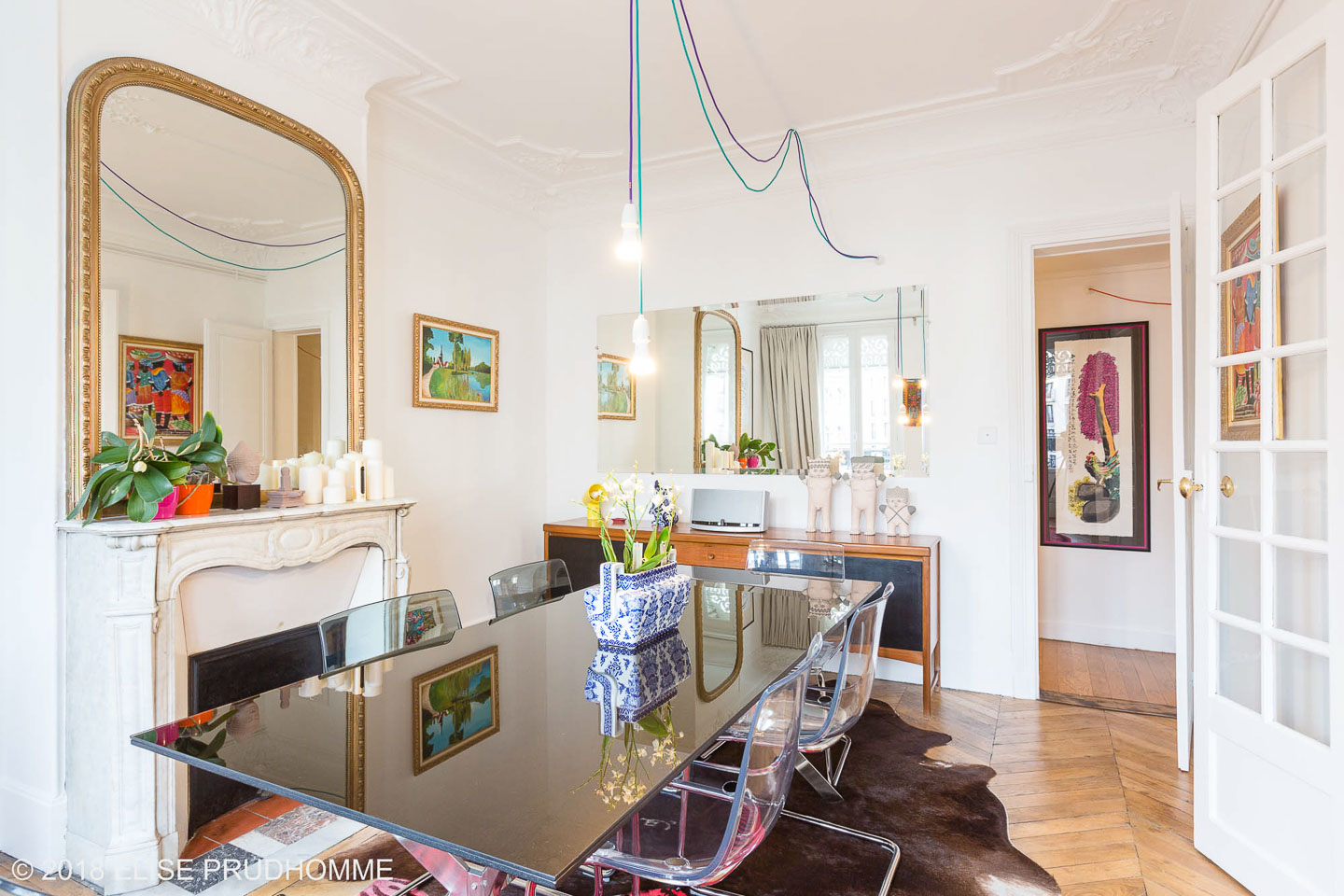 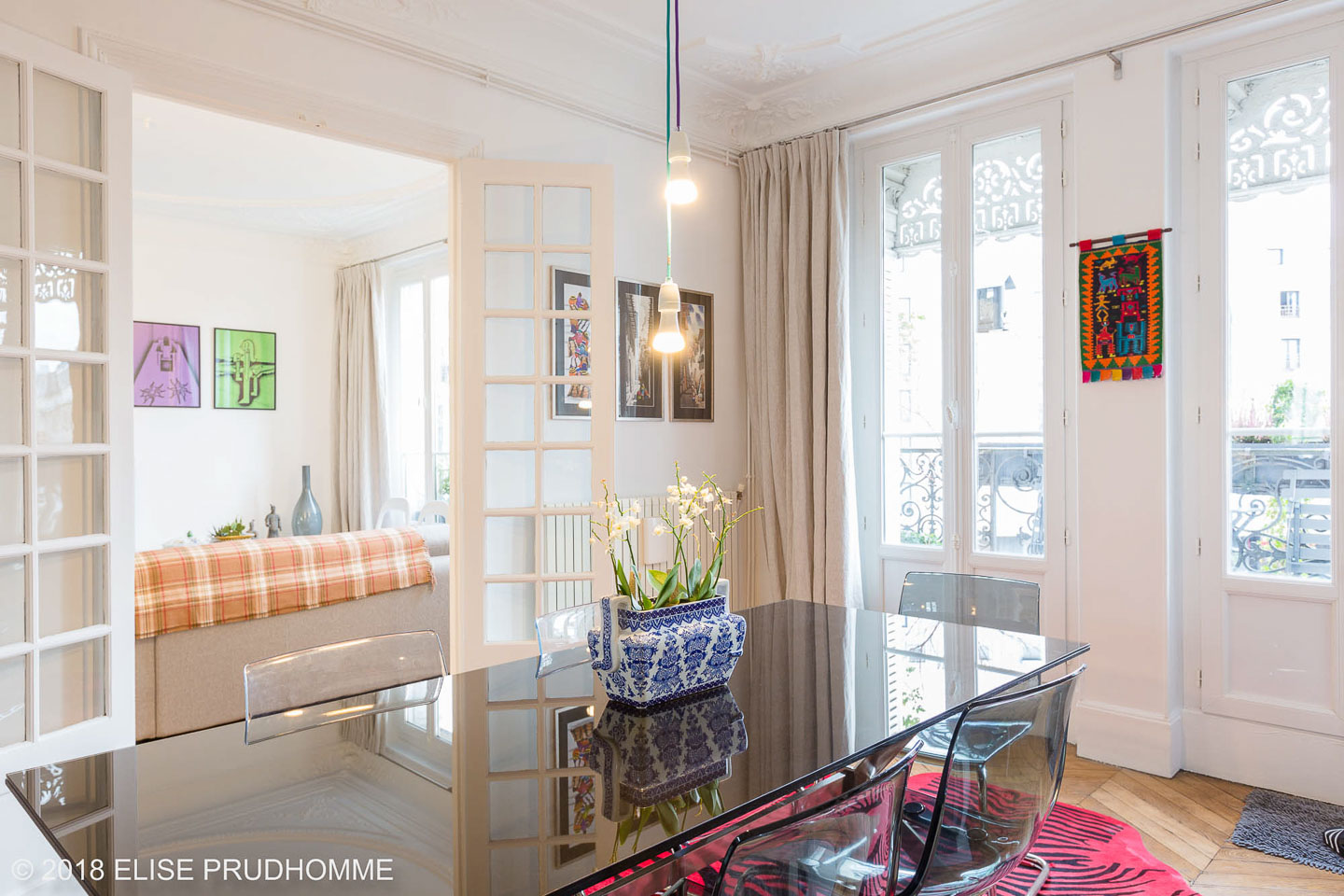 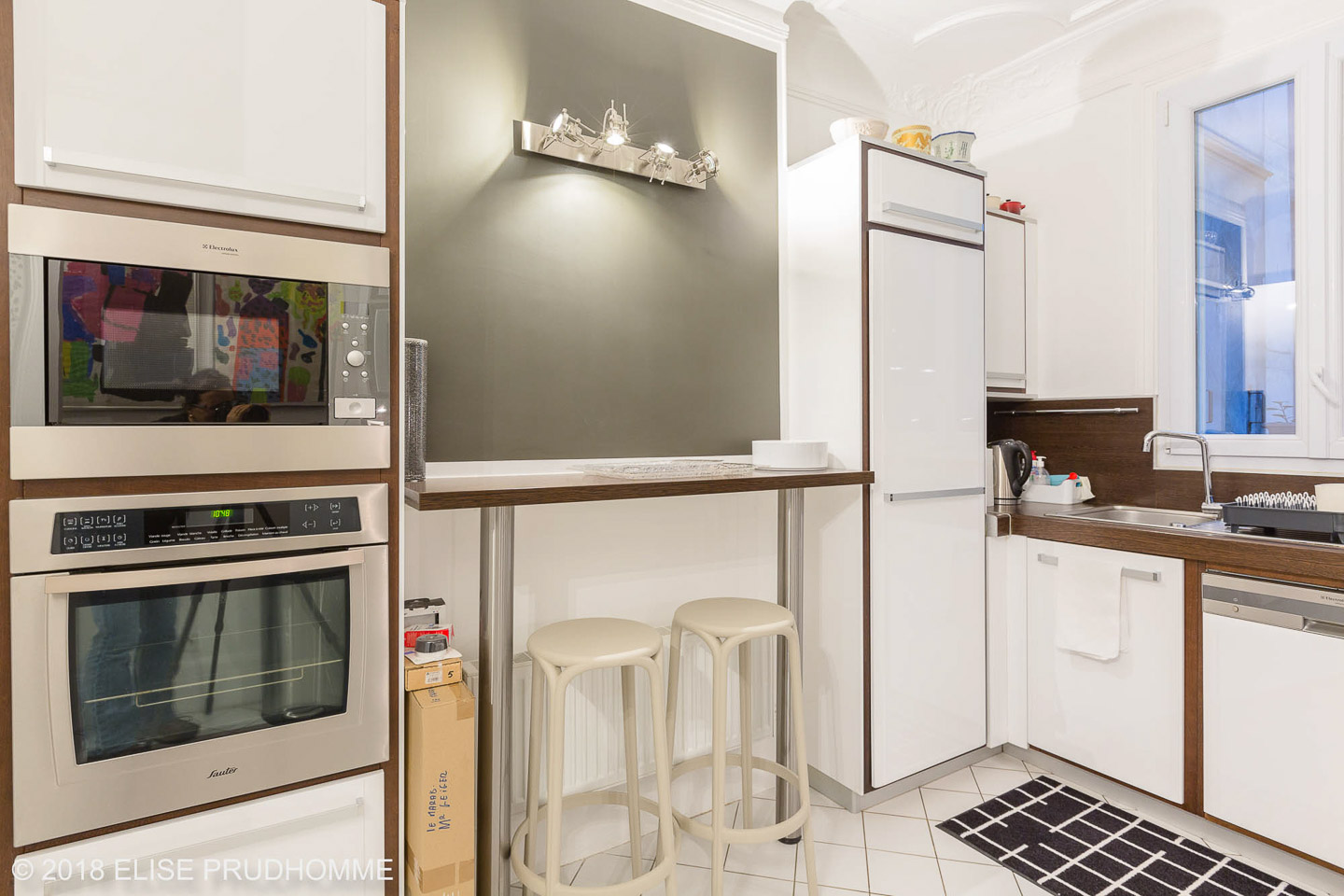 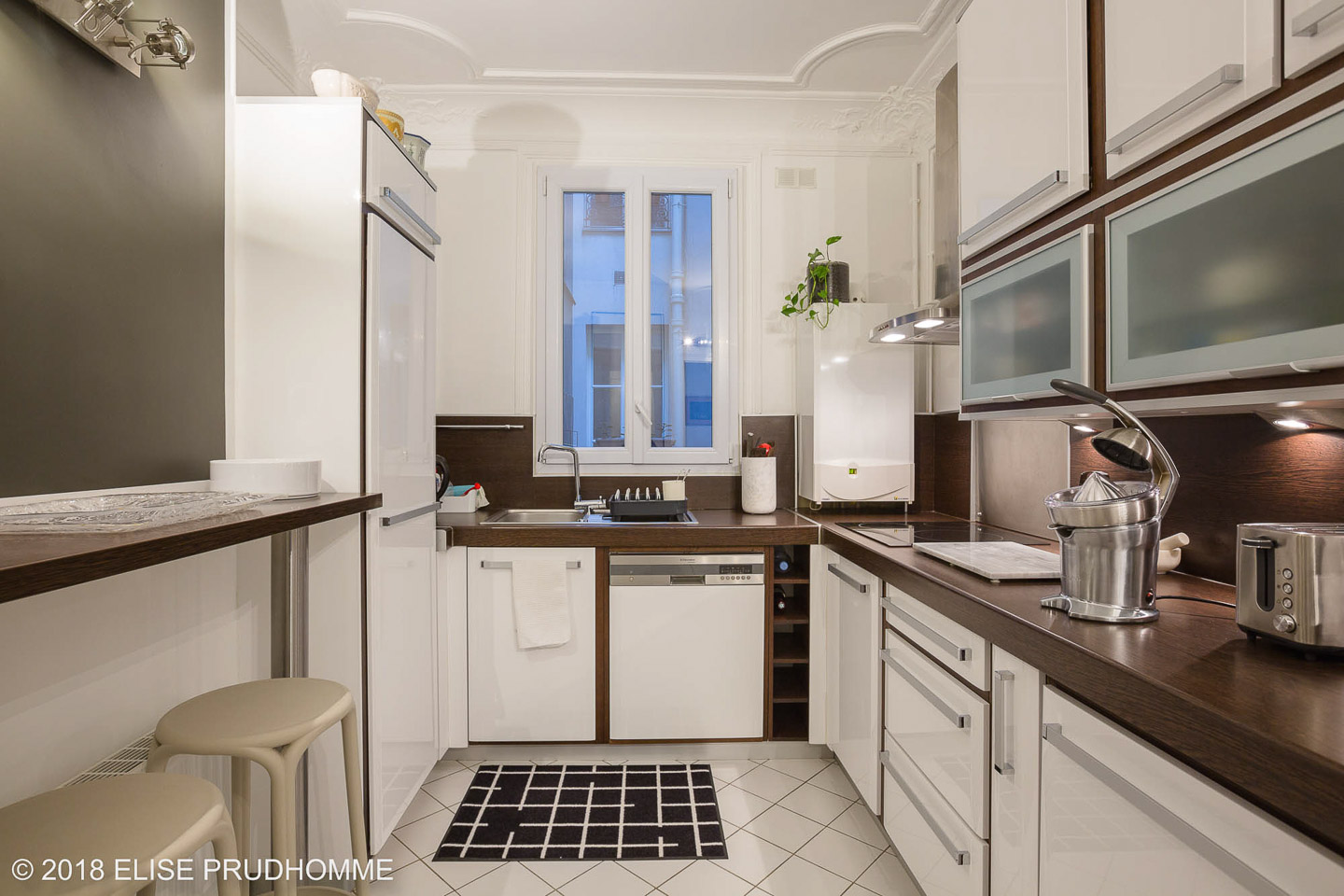 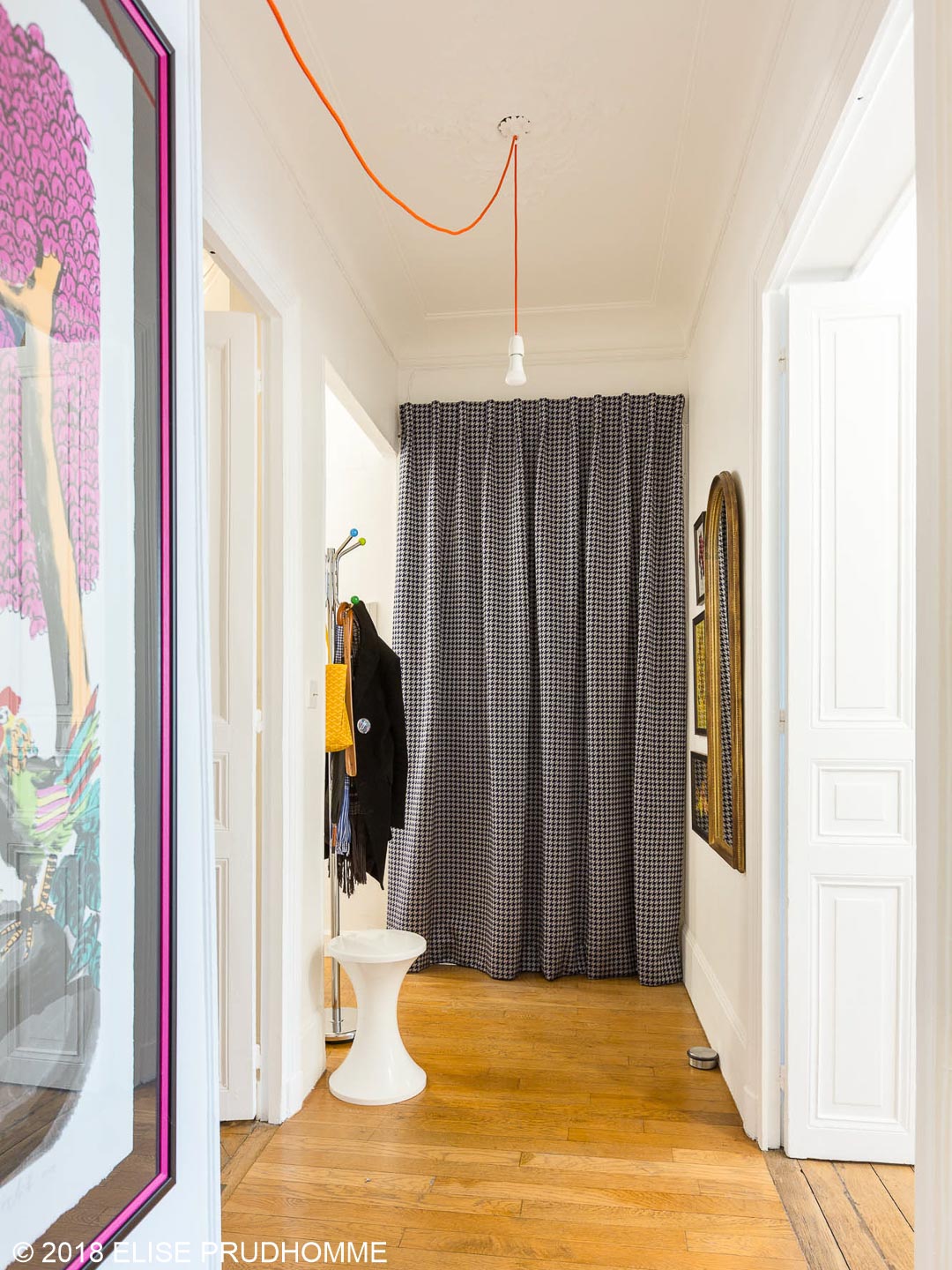 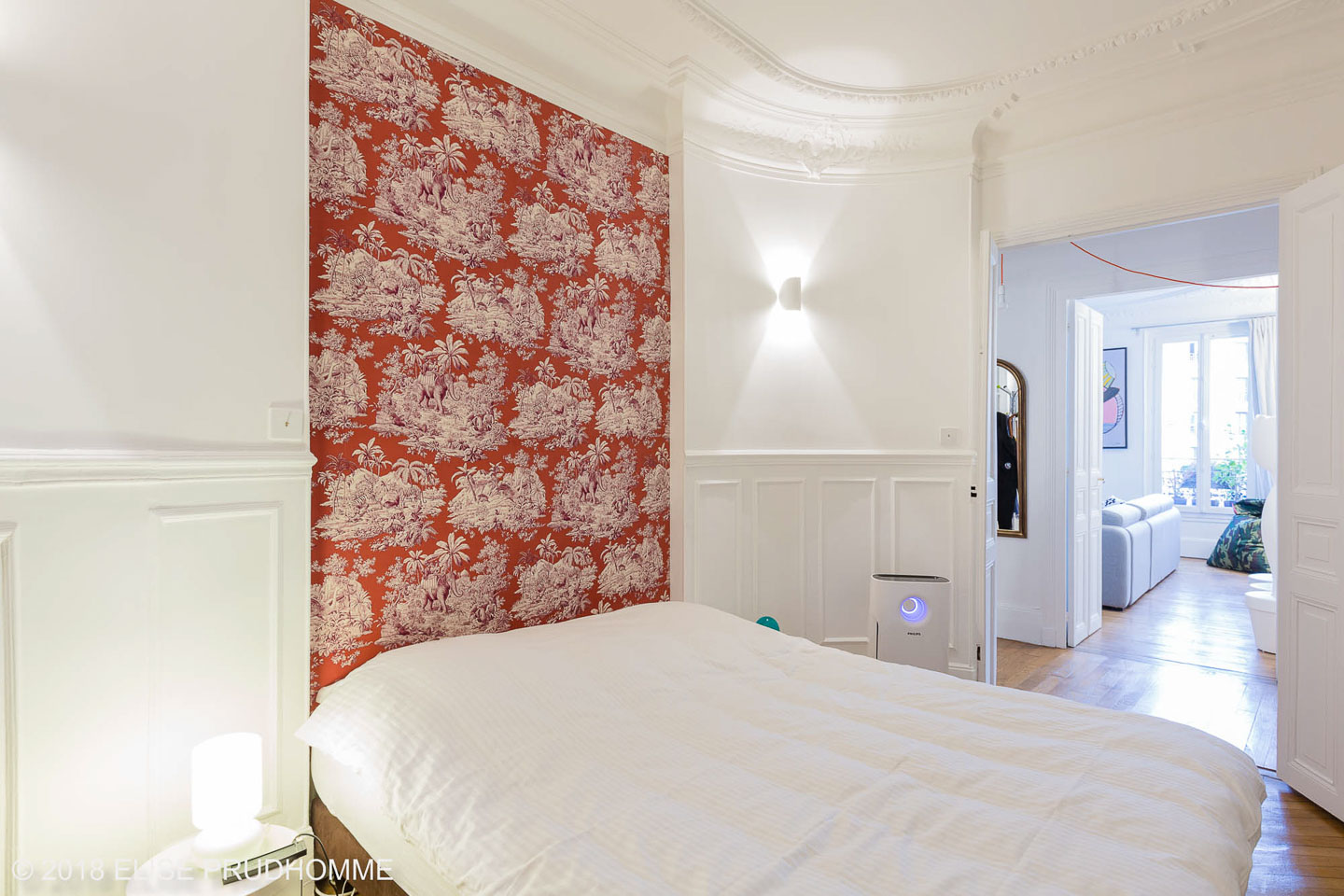 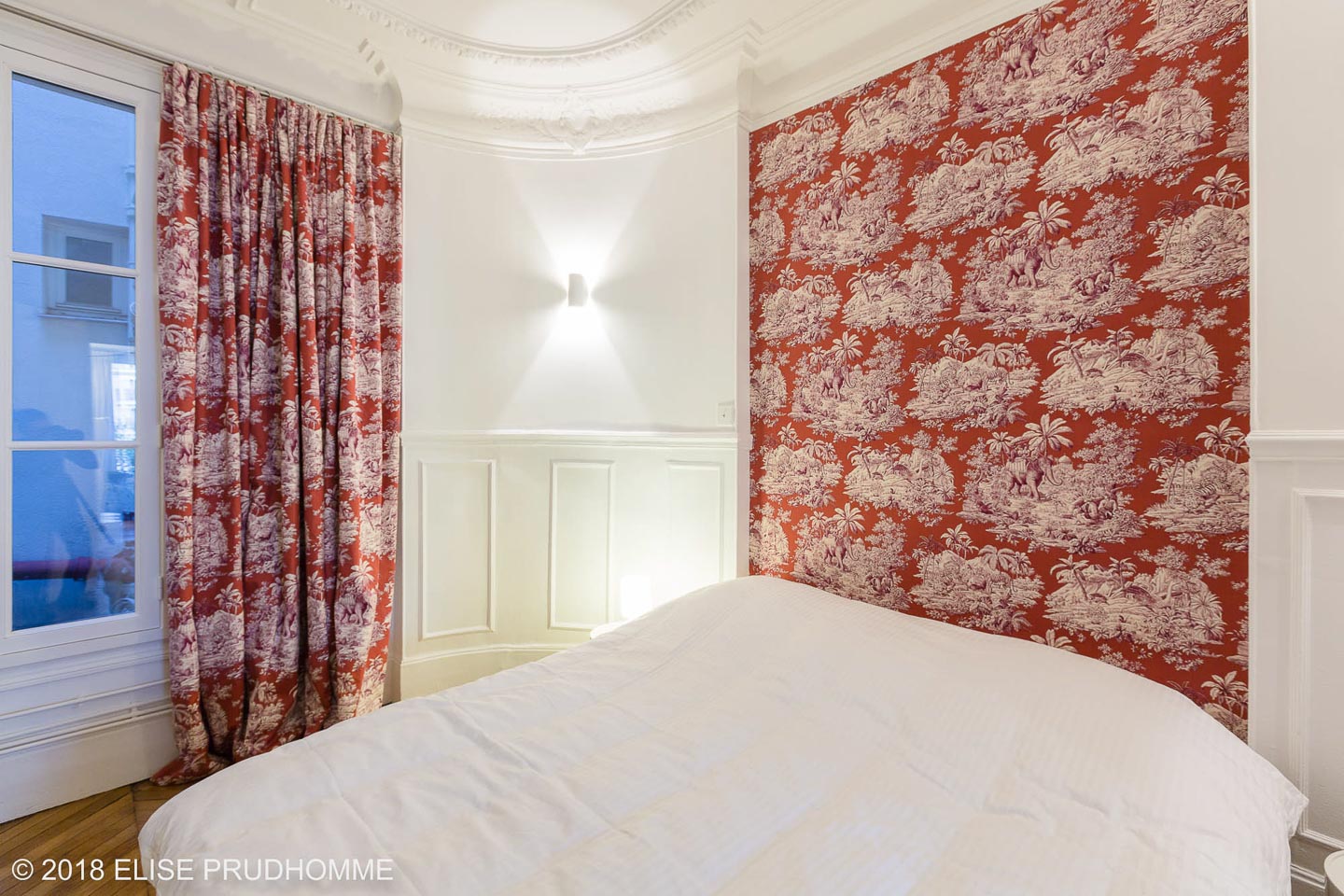 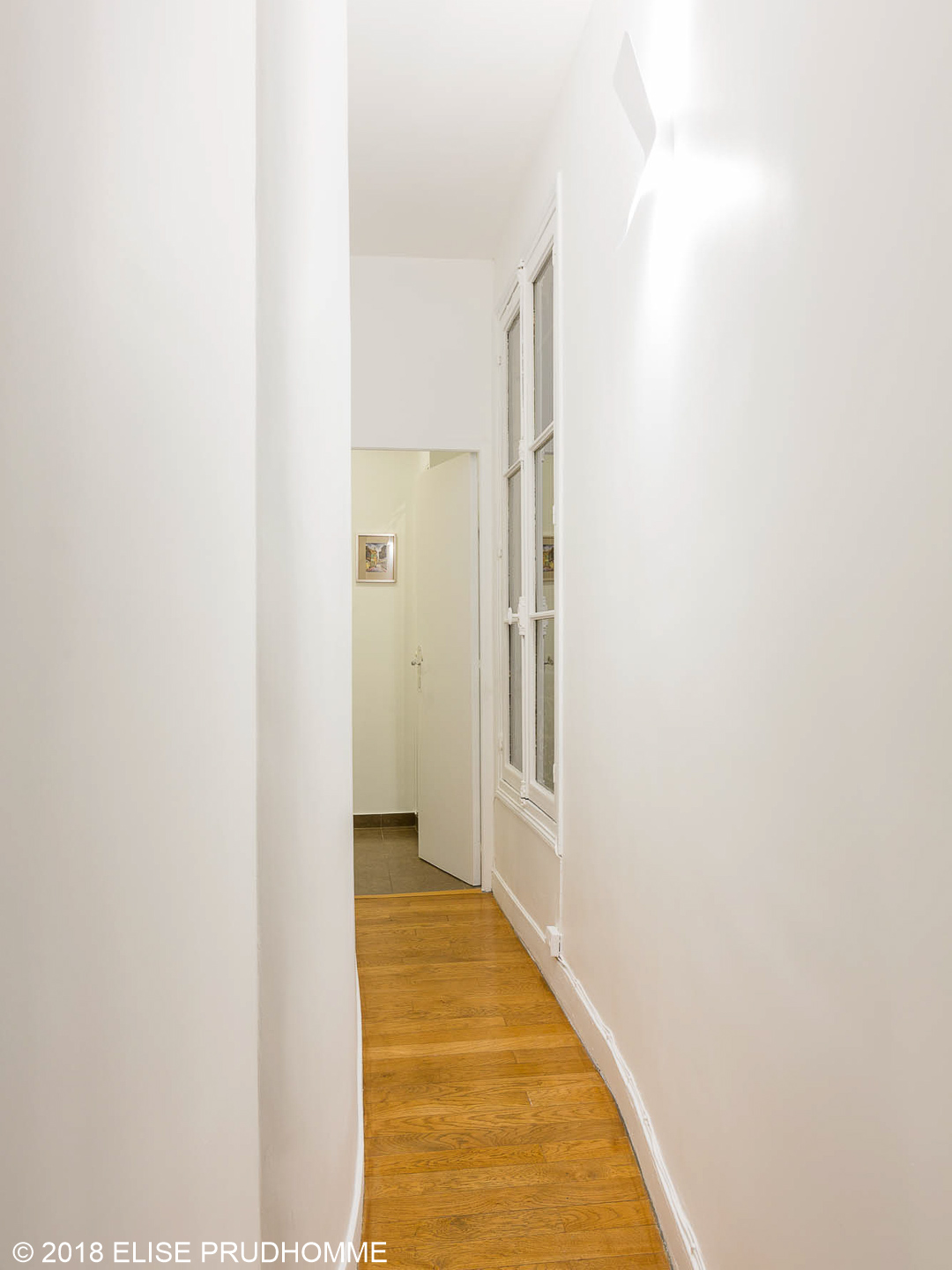 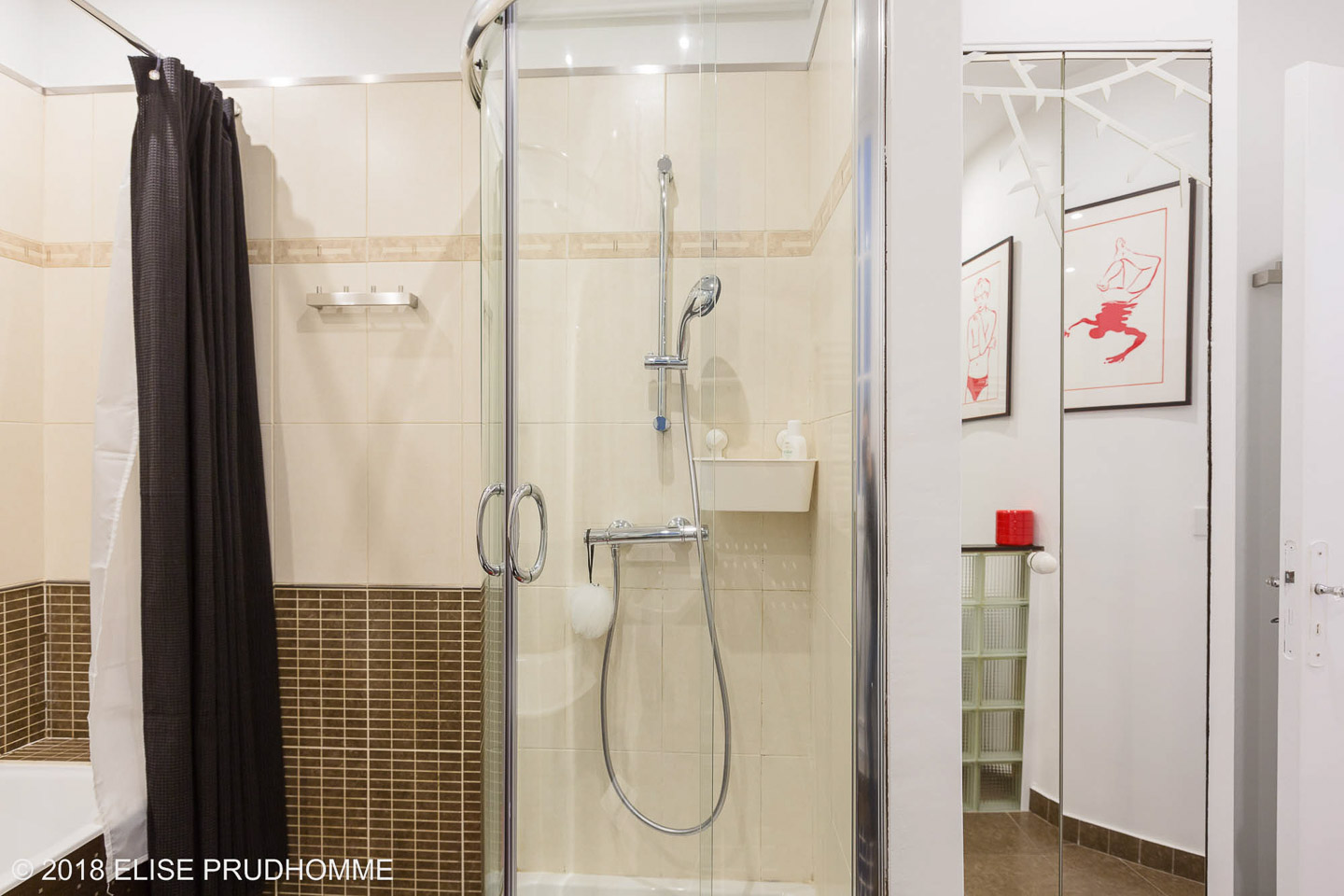 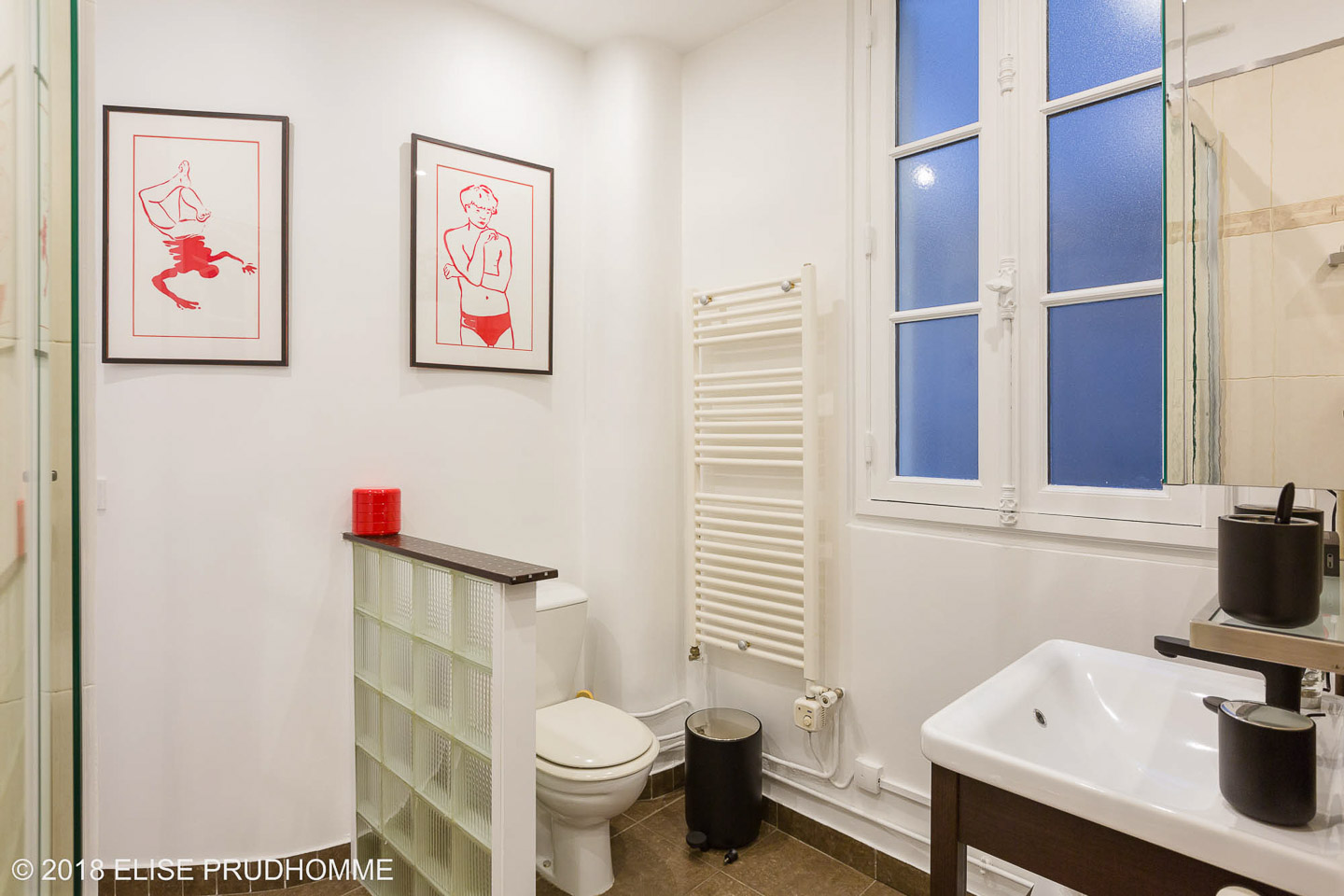 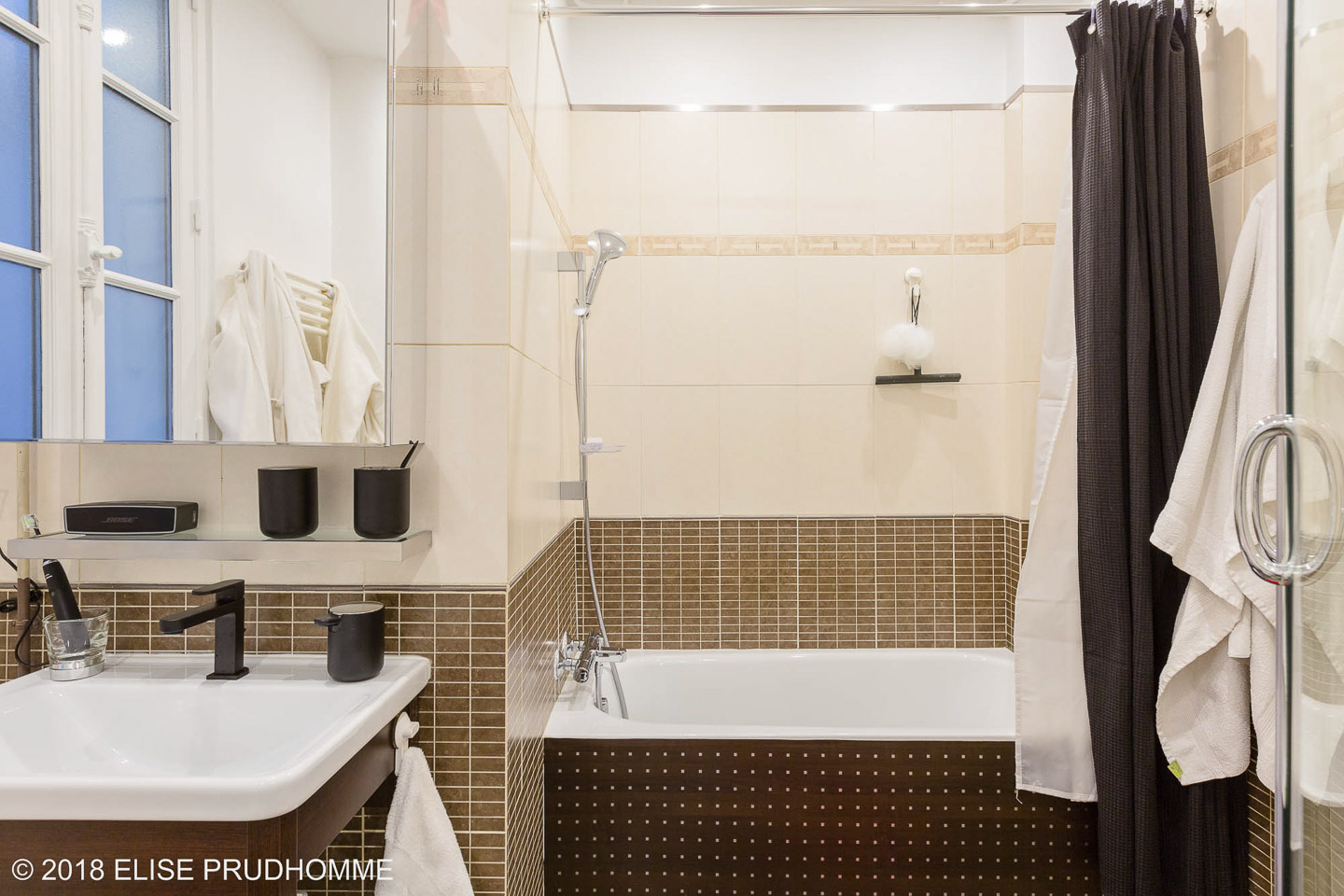 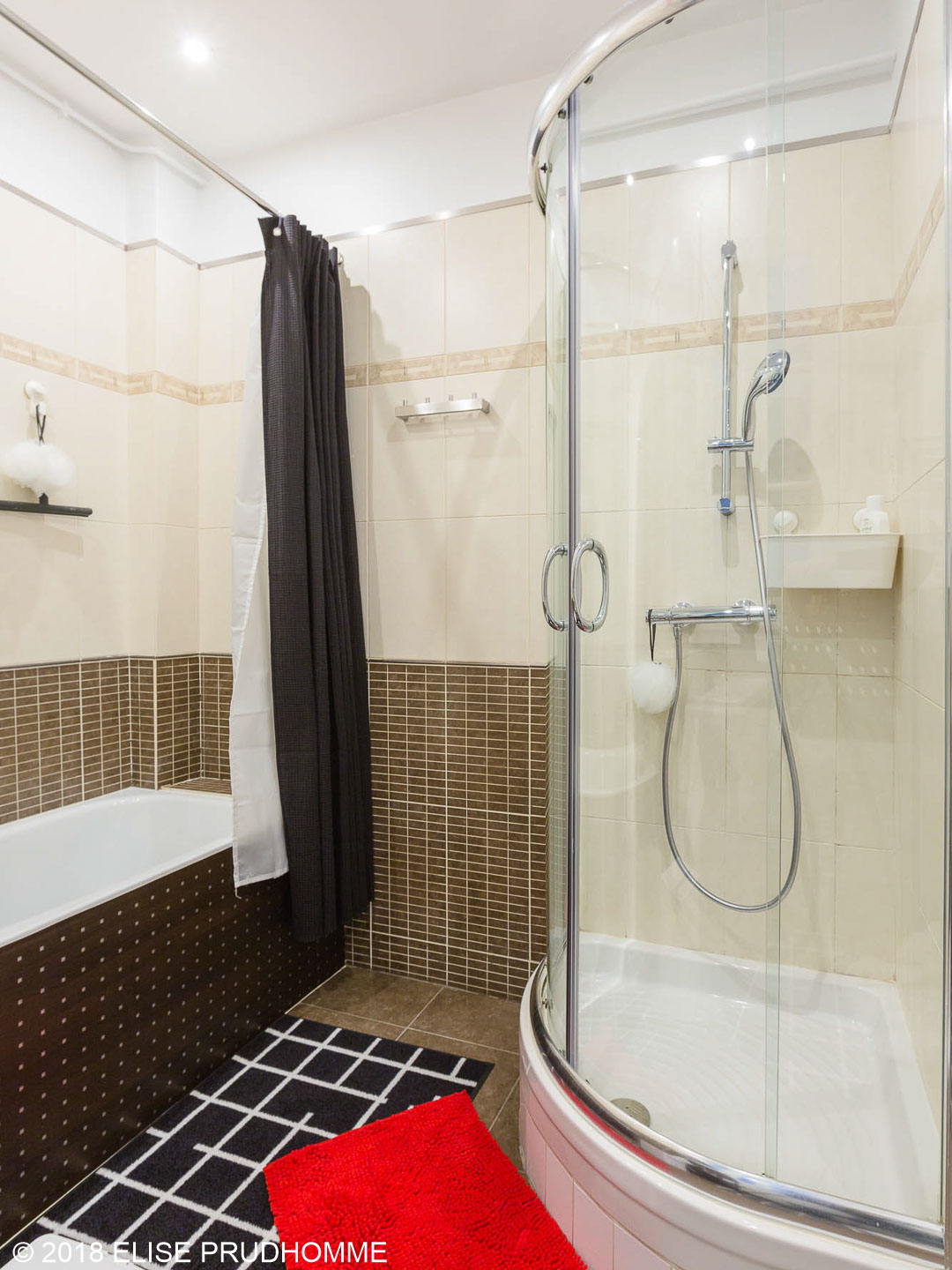 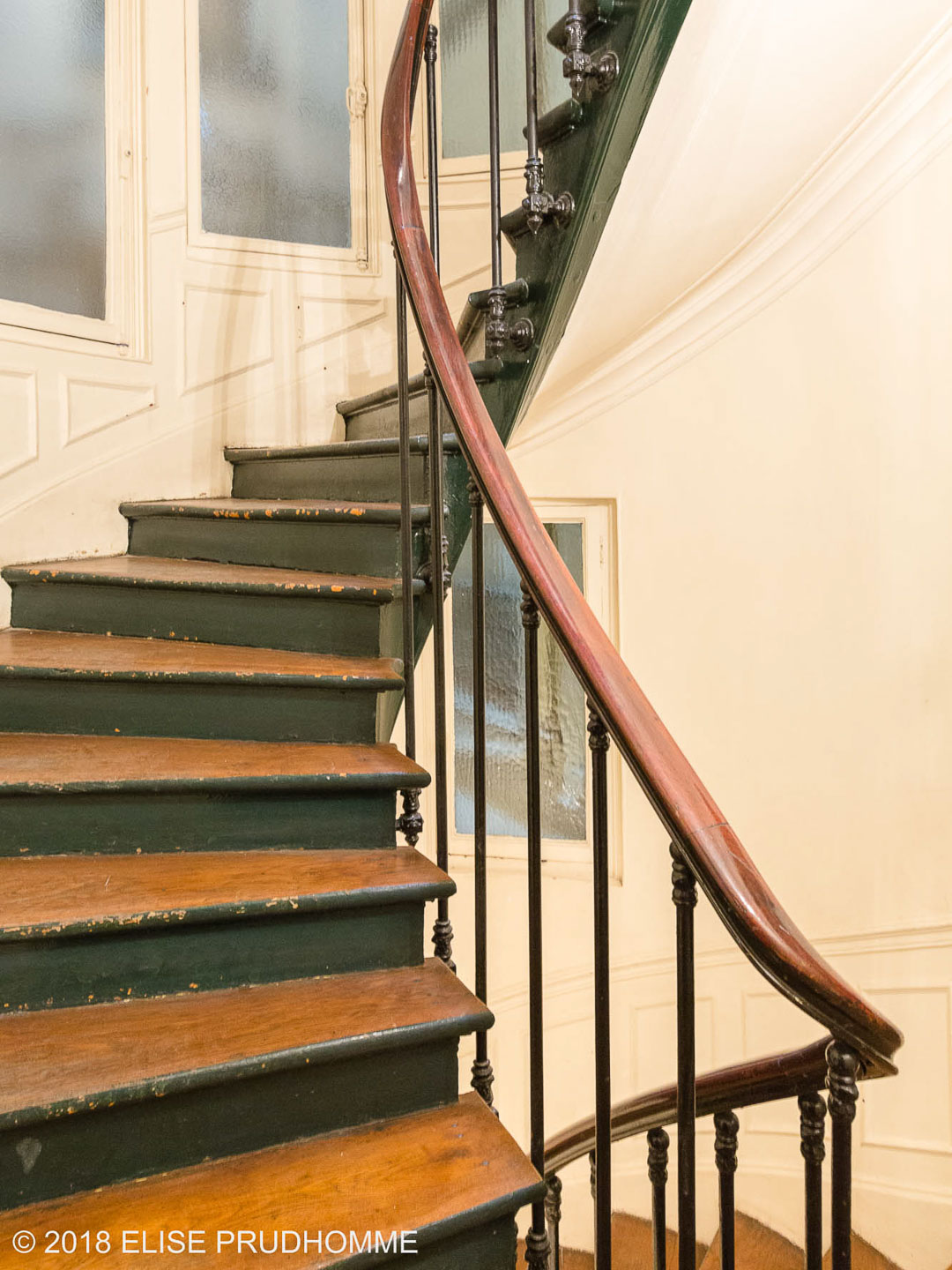 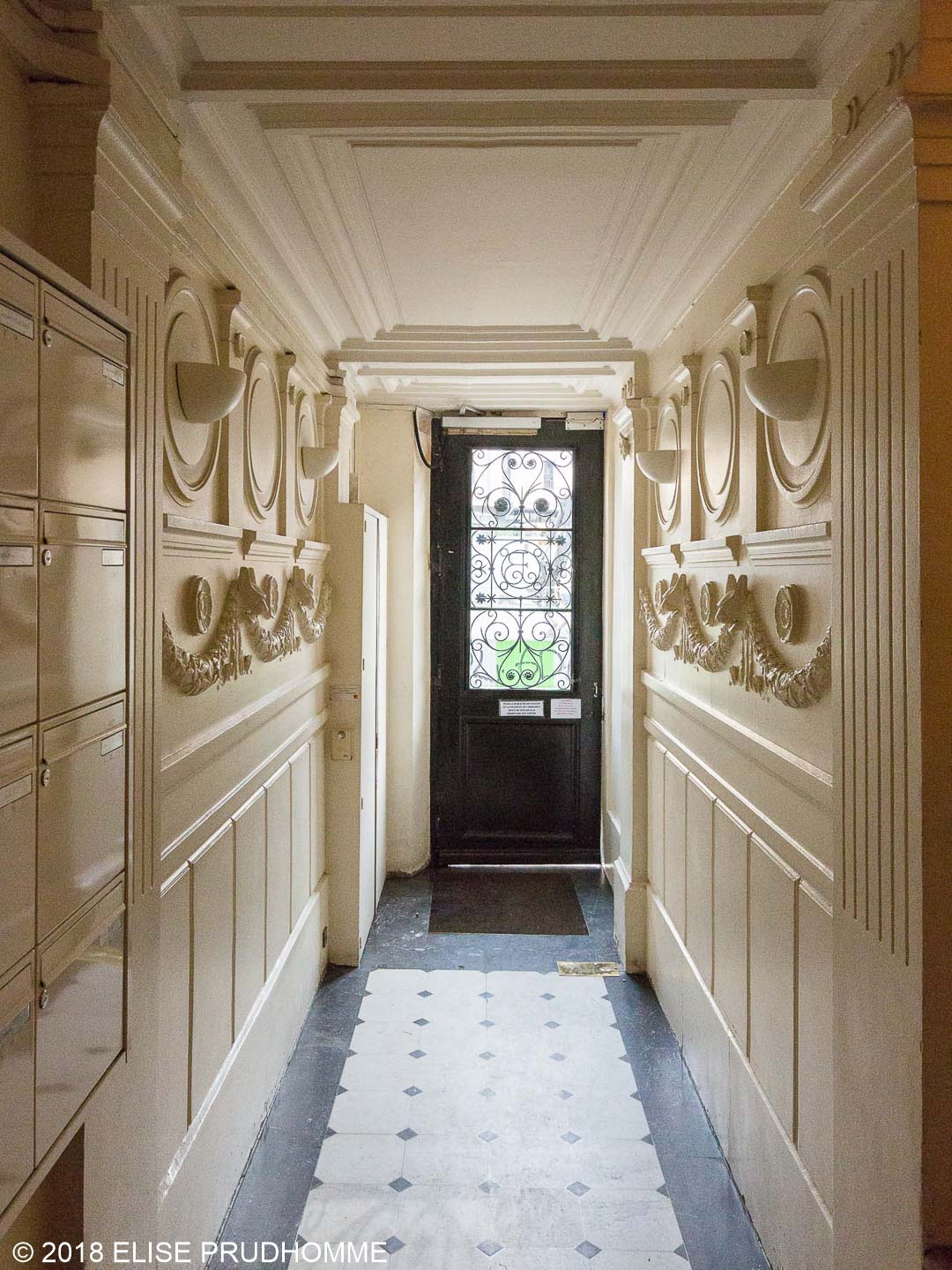 Charming apartment rue des Halles, sleeps 4 people. Just a few minutes from the Marais and the Louvre district, you will be ideally placed to visit Paris.
This apartment is located on the 2nd floor without elevator of a beautiful 19th century building. It is bright (large windows in the living room) and has a balcony.
In a typical Parisian style (parquet flooring, & mouldings), the apartment has been tastefully decorated.
It is composed of
– A small entrance
– A living room with a convertible corner sofa bed illuminated by 2 large flowered windows, a giant screen overlooking a balcony
– A dining room with a table for 8 people, overlooking a balcony
– A bedroom with a bed of 160 cm, two coffee tables in a quiet courtyard
– A bathroom with bathtub, shower, toilet.

Guests
Add to Favorite
Contact us
Share
Your search results
See all 19 photos
Tarifs / Prices
Price per night (From): 104 €
Price per night (7d+): 214 €
Price per night (30d+): 135 €
Minimum no of nights: 7
Adresse / Address
Address: Rue des Halles
City: Paris 01, Paris 01
Floor: 2
Country: France
Détails / Details
Property ID: 35758
Property Size: 70 m2
Référence / Reference: 75001.1
Quartier / Neighbourhood: Châtelet, symbol of the hustle and bustle of downtown Paris In the heart of Paris, Châtelet, with Les Halles, forms a vast area dedicated to shopping and leisure. Never a dull moment, the neighbourhood is swarming with visitors from all over the world, from morning to night! Nestled between the Forum des Halles and the Ile Saint-Louis, Châtelet is a lively district. Young people like to meet there for a shopping break. The many bars, restaurants and other shops in the area offer plenty of entertainment. After Ile de la Cité, Châtelet-Les Halles district, dating from the 12th century, is the oldest in Paris . It was even surrounded at the time by a wooden wall! It was Napoleon III who had the first Forum des Halles built in 1850, by the architect Baltard. It is then an imposing metal structure that hosts a huge covered food market. Faced with the crowds, the market is moved to Rungis and the Baltard pavilions are demolished or moved. The current Forum des Halles, a vast underground shopping centre, was built. The Forum des Halles and the surrounding streets form a huge shopping center. In addition to the hundreds of well-known brands, Les Halles includes the largest multiplex in the Paris region, with a 26-screen cinema and an indoor swimming pool. The forum is directly connected to the metro through the basement, making it easily accessible. As soon as night falls, the bars are packed and artists invade the Place des Halles to put on shows. The Théâtre Musical du Châtelet hosts concerts and shows of international renown all year round. Strolling through the surrounding streets, you can guess the old commercial and artisanal activities of the district through the street names: rue du Lard, rue de la Poterie, rue de la Ferronnerie, rue de la Grande Truanderie, rue de la Lingerie, rue des Déchargeurs... Châtelet-Les Halles is a bustling neighbourhood where you can find everything at any time. Food, clothing, restaurants, bars... The neighborhood lacks nothing! It is also the best served district of the capital, with the largest metro station in Europe.
Type De Lit / Type Of Bed: 1 double bed 160*200 et one sofa bed
Stations De Métro / Subway Station: Chatelet-Les Halles (L1, L4, L7, L11, L14), RER A, B and D
Se Déplacer / Getting Around: Several metro & bus lines in the immediate vicinity. Also, several car and scooter rental stations.
Honoraires / Fees: For weekly rentals, agency fees are included in the prices posted on the website. Between 1 and 3 months: 20% of the rent, For 4 and 5 months’ included : 50% of one month’s rent. For 6 months to 8 months included : 75% of a month’s rent. From 9 months of rent: one month’s rent. All lease renewals will be subject to the payment of the corresponding agency fees
Frais Bancaires / Bank Fees: 3% with Stripe payment
Caution / Deposit: 600
ID Booking: 154225
N° De La Mairie De Paris: 7510101450803
Aménagements / Amenities
Other Features
Bathtub
Microwave
Shower
Vacuum cleaner

Review the dates and confirm your booking

Please fill in the log in or register forms